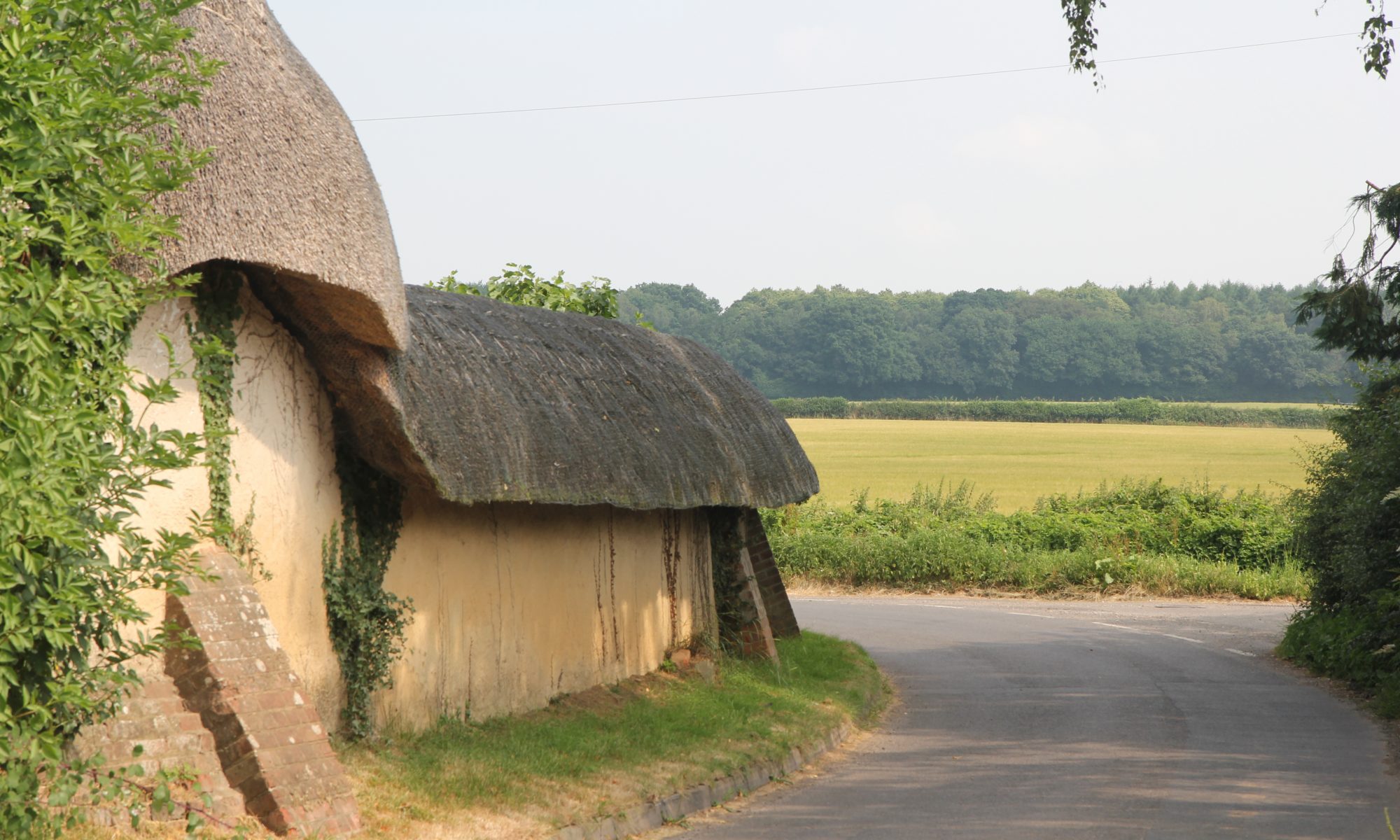 The parish of Pitton and Farley is in the south of Wiltshire, about seven miles east of Salisbury. The parish comprises two separate villages that have been brought together to form one ecclesiastical and civil parish. They are about a mile and a half apart; Pitton is to the north and Farley to the south.  Despite the close proximity of the villages, there is a geological difference between the two villages; Pitton sits on chalk and Farley sits on clay.  The two villages came together in 1874 to create the current parish.  The parish lies in a valley, but there are no significant water routes now. In the 2001 census there were 754 people living in the parish, which comprises 2,650 acres.

Neither village was mentioned in the Domesday Survey, although there is a mention of Pitton in 841CE in an Anglo-Saxon document.  It is thought in the Domesday Survey Pitton was considered as part of the Royal Forest of Clarendon.   A cemetery, believed to be Roman, was excavated in the 1950s. This is thought to be part of a Roman village found a mile north of Pitton.  Coins discovered in the graveyard date from 340CE to 360CE while Roman remains have been found at Farley Farm, to the east of Farley itself. At Clarendon Palace both Iron Age and Roman coins have been found.

The earliest mention of Farley was in the reign of Henry I (11th century).  In the 14th century the Monastery of Ivychurch at Alderbury owned most of the land at Farley. But after the Dissolution the amount of land was dramatically reduced.  “Farley” is thought to mean “far meadow”.  Pitton is either derived from the Anglo-Saxon personal name “Pitta” or the word “Putta” meaning Hawk.  Local writer Ralph Whitlock had a theory that the proximity of Pitton to the forest estate of Clarendon could be relevant and that Clarendon could be where royal hawks were kept.

The Archer family were large property and land owners in Farley in the 13th and 14th centuries.  In 1220 a Richard Archer owned Litchwell, Bourne Hills and Adams Mere, which are now nearly all woodland.  However, the Archers looked after much of the land for the Crown.  The primary family in Pitton were known as the de Pittons.  Both families had disappeared by 1450 but prior to this had been the King’s Sergeants who looked after the manor for the King.

The most famous resident of Farley was undoubtedly Sir Stephen Fox, born in the village in 1627. He was a politician and founded the famous Royal Hospital, Chelsea (for pensioners).  He was part of the Privy Council at the court of Charles II and in 1681 he founded Farley Hospital for the elderly poor people in the village.  He holds the distinction of informing Charles II of the death of “that Monster”, Oliver Cromwell.  The hospital consisted of 12 almshouses and a central wardenry, built by Alexander Fort, who was Sir Christopher Wren’s master craftsman, with brickwork by master mason, Edward Helder, whose work can be seen on permanent display at the Victoria and Albert Museum. These almshouses are now Grade I listed buildings.

In the 1600s Sir Stephen Fox bought the parish of Pitton and Farley and from 1665 he was the Member of Parliament for Salisbury.  Sir Stephen was married twice, the second nearly at the age of 80, and had a grand total of 14 children.   In 1742 a new brewhouse was built for the hospital. 50 years later it had transformed into “The Ilchester Arms”.  Sir Stephen Fox rarely visited his hospital despite contributing around £13,000 of his own money, about a third of the total cost.

Pitton, lying on chalk, has more open fields than Farley.  Farley has expanses of arable land with hedges, woods and copses, creating a closed in effect. In the Middle Ages there were five large common arable fields at Pitton; Park, Middle, North, Ditch and South, these can still be identified.  But by the late Middle Ages arable land use had decreased and by 1450 much of the land in the parish became grassland.  This meant a decrease in population as fewer people were needed for working the land.  In 1819 Pitton and Farley were affected by an enclosure act. Prior to this there were at least two large common fields remaining.

There were many farmers and farmhands living in the two villages, especially in the 19th century.  The 1851 census recorded six farmers and 102 farm labourers in Pitton alone and in 1912 there were 11 farmers. A few other occupations did seem to emerge around this time.  In 1851 there was also a hurdle maker and brush maker, as well as shoemakers and a cordwainer.  By the early 20th century there were no shoemakers left at Pitton so villagers had to send shoes to Farley to be mended.  In the latter part of the 19th century there were two building firms, the Pitts and the Brieants.  In Kelly’s 1907 Directory of Wiltshire, we can find mentions of a wood dealer, a beer retailer, carriers, the gamekeeper to the Earl of Ilchester and many farmers at Farley.

Houses in the Middle Ages were centred on The Street in Farley and were constructed of timber and wattle and daub. There are a number of listed buildings within the parish;  Farley especially has cottages and farmhouses which are listed, including Springfield Cottage and Silver Birch Cottage. In Pitton White Hill Cottage and Webb’s Farmhouse are Grade II listed buildings. In 1861 there was a fire in Pitton which destroyed six farmhouses and several cottages.

Charles II plays another role in the history of the parish; he was close to Sir Stephen Fox and when fleeing from the battle of Worcester in 1651, he took refuge at Farley.  He is even said to have hid in a ditch in Farley with Sir Stephen when an unfamiliar horseman appeared.

In the 20th century there was a dispute with the owner of Clarendon Park as to the right for villagers in the parish to use the footpaths winding across the estate.  A key path was from the parish west towards Salisbury. At an unspecified point at the start of the 20th century the then owner of the estate at Clarendon tried to stop villagers using the path.  Predictably, there was uproar and a court case emerged from the dispute.  Villagers had to testify at Devizes that they had always used the paths and they were a key link to outside of the parish; the decision went in favour of the villagers who were able to use limited footpaths in the future.  However, the advent of motor transport mean that ultimately the footpaths decreased in significance.

Pitton and Farley looked after their poor until the 1830s, when they became part of Alderbury union.  Prior to this there had been a “poorhouse” in Penny’s Lane in Farley.

During the Golden Jubilee of Queen Victoria in 1887 there was a tent placed at Oak Close and the whole village joined in with the celebrations.  The ladies of Farley made cakes and pies, and cooked joints, and beer ran freely.  Similar events took place to mark royal events up to the Second World War.  A custom began in 1887 to plant tress in commemoration, and many still stand today. During the celebration of the Silver Jubilee of King George V in 1935 local resident Owen Griffin said: “When we look around at our village today and remember it as it used to be, we realize that no previous generation has ever seen such changes as we have seen.”

There was no piped water to Pitton until 1938. Prior to this all water was drawn from wells. In the 1920s and 1930s the wells at the High Street were about 80 feet deep and at White Hill Farm they were 120 feet.  Every farm had its own well.  Electricity and a telephone line to the villages did not appear until 1938.  However, there was a post service. In the late 19th century at least, letters were delivered from Salisbury on foot.  By 1930 this set-up had changed and a postman cycled from West Dean to deliver post.

There are two pubs in the parish, one in each village; The Silver Plough in Pitton and the Hook and Glove in Farley.  The Silver Plough is relatively new, in comparison to many old pubs in the county and used to be a farmhouse with an off licence.  An older inn at Pitton used to stand near The Green.  It was known as the New Inn, but had disappeared by the start of the 20th century. The New Inn had a skittle alley.

The village hall in Pitton was built in 1970 after the village had raised money over the preceding years.  This fundraising stretched back to 1938 and the new hall replaced a wooden army hut built after the First World War.  It was refurbished at the start of the 21st century and now also has a large playing field.  Farley’s village hall sits next to All Saints Church and shares a site with Farley Nursery School.